These tiny red mushrooms are saprotrophic, breaking down dead vegetation. In turn they became food for some newly hatched millipedes. 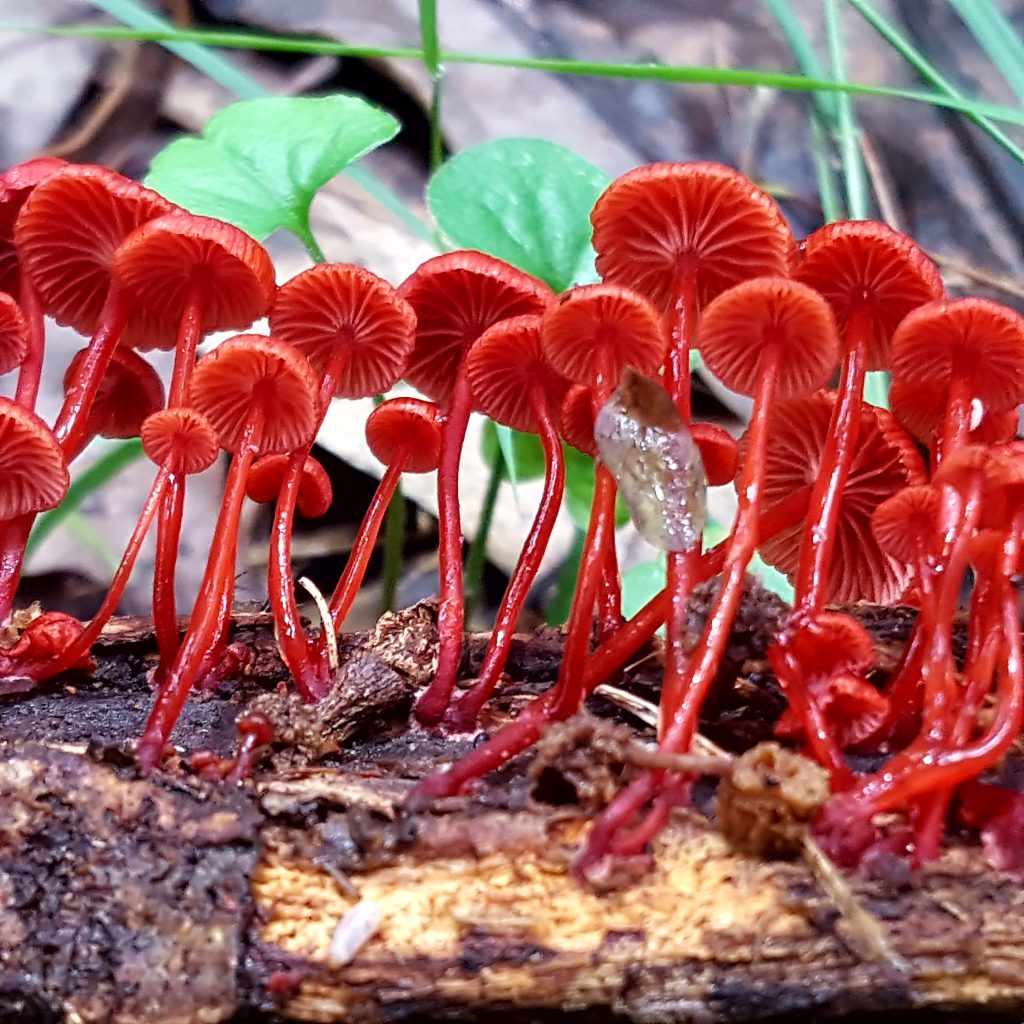 Mycena viscidocruenta, or Ruby Bonnets, with caps ~1cm in diameter. These popped up in January 2017 after some rain and cool weather.  A couple of weeks later the fungi had disappeared and the branch was now the home of hundreds of small millipedes. Two months later, a new crop of fungi appeared after rain (bottom picture). 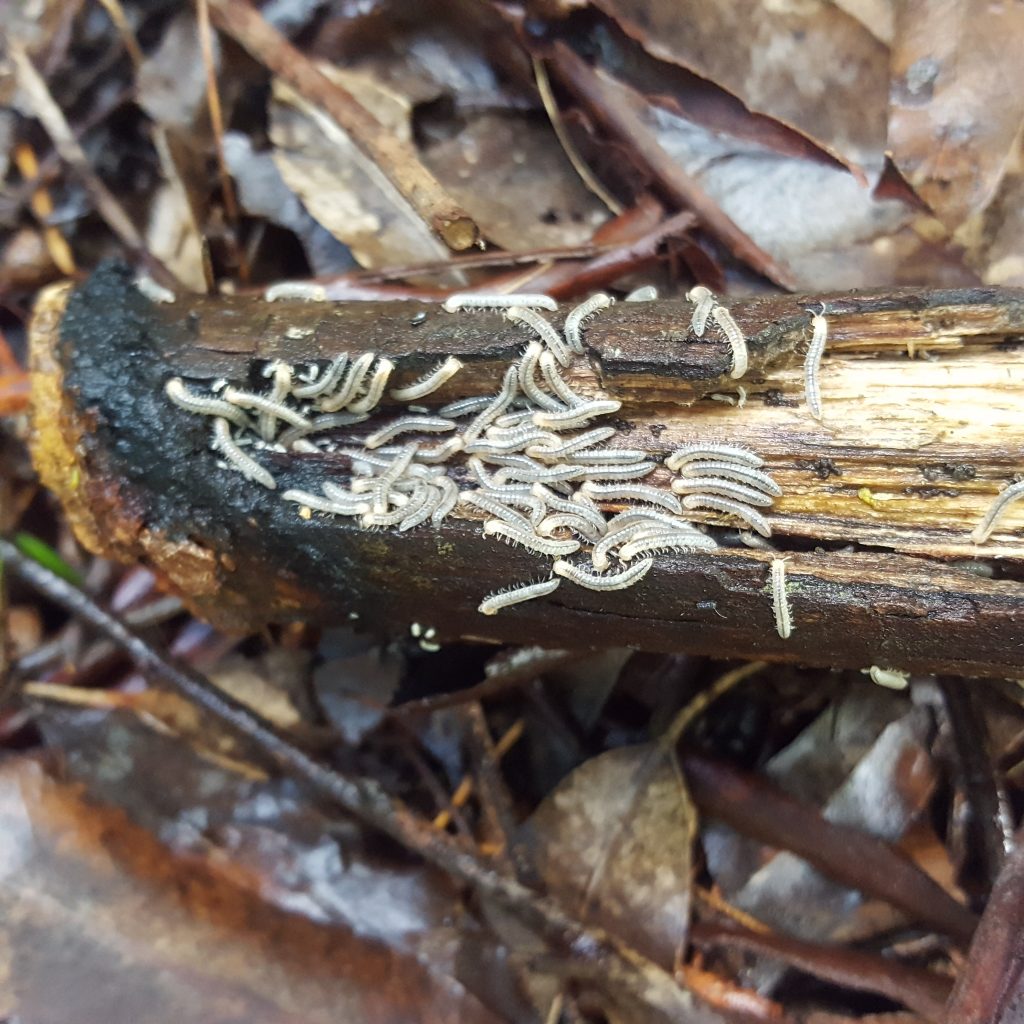 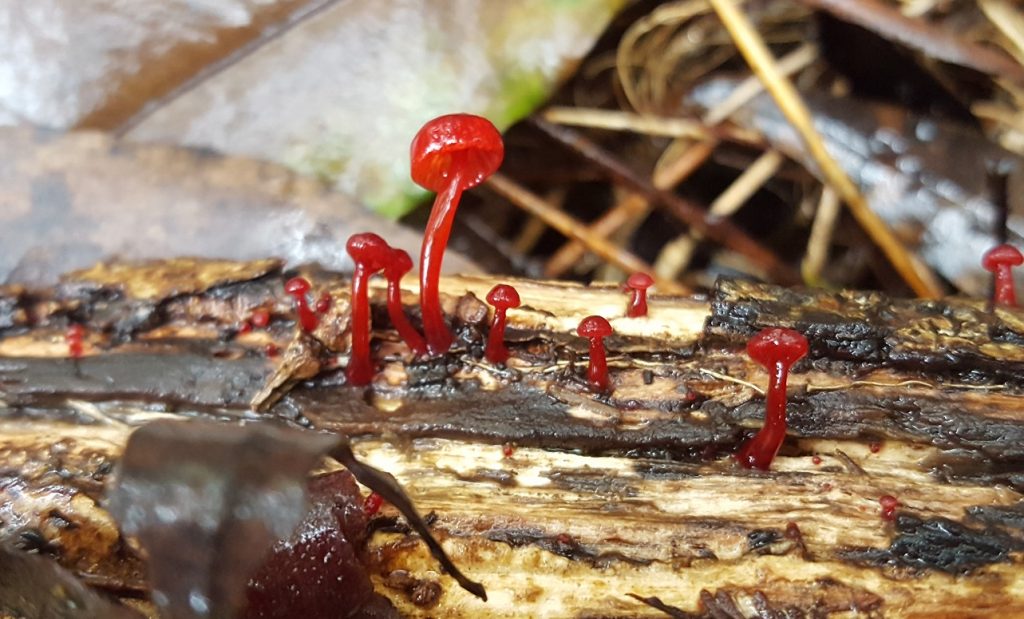