Two interesting animals were seen by John and Madeline in late December 2018 in the park. An Eastern Water Dragon was spotted on the western boundary. 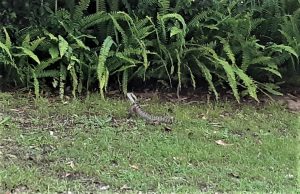 Another time, a raptor was seen flying over the park being harassed by a noisy miner. It was similar to another raptor seen over the park last year, that time being chased by a magpie. 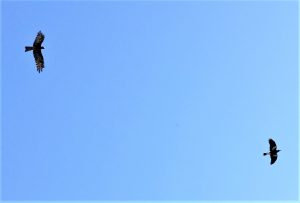 Raptor over Else-Mitchell being escorted by a magpie

The group carried out its usual wide range of work on a humid Saturday. Anna maintained the recent plantings and then did Trad follow-up, while Linda also began some major Trad removal.

John and Madeline worked on Japanese Honeysuckle and Malcolm did Trad maintenance. Liz removed bulbs and other weeds and  took some amazing photos of fungi and insect life. 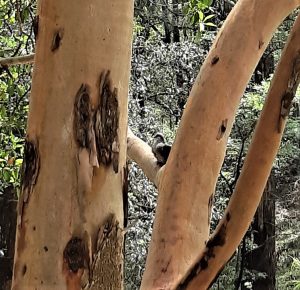 (L) Part of the reclaimed area with a range of local provenanced species; (R) visited by a Brush Bronzewing

A November storm delivered a heavy downpour after several dry months. The torrents had the usual effect of washing away a few of the planks from the footbridge, and showing the power of water on the landscape. 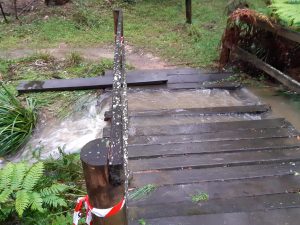 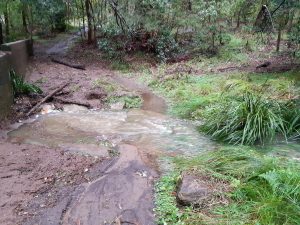 The Else-Mitchell Bushcare Group proudly accepted an award for 25 years of service at the 2018 Bushcare Picnic at Sun Valley. What a fantastic effort by all the volunteers over the years. 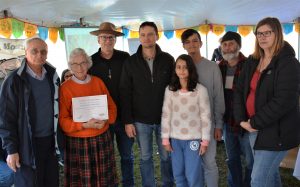